For those who are interested in investing in any of our programs, register using the link below.

Remember, all members of the ACRES Facebook Group are Bronze members by default (FREE)

According to a report on Canada.ca, The housing experiences of new Canadians: Insights from the Longitudinal Survey of Immigrants to Canada (LSIC), given that roughly two-thirds of households in Canada are owned (Haan 2005), one of the expectations for those that successfully integrate is that over time most immigrants will participate in the mainstream housing market by also buying a home of their own.

That is not to say that everyone will buy a home among LSIC respondents, but that roughly 2/3 of them will want to and be able to. Home buying not only increases their resemblance with the host society in terms of type of residence, it also provides them with greater access to the amenities (parks, schools, community centres, etc.) that are more likely to be found in neighbourhoods with predominantly owner-occupied dwellings. As such, it is a good indicator of integration into Canadian society.”

According to the study. Filipinos and South Asians both have the highest home ownership rates in Figure 3-2 at 10% at entry, a lead that they are able to maintain and enhance throughout the four-year period.

They are followed by Chinese, Latin American, and, finally, Black immigrants. The attainment rate (or slopes of these lines) appears to be fairly similar in Figure 3-2 for all groups EXCEPT BLACKS, who exhibit a flatter attainment trajectory than the other four groups.

Filipinos, Koreans, South Asians, whites, and Other Visible Minorities are Canada’s housing ‘high achievers’, each with home ownership rates that approach or exceed 60% by wave 3.

At the other end of the spectrum are Arabs, Blacks, and West Asians, who have home ownership rates that are nearly half of their higher achieving counterparts. Although it is certainly possible that some groups face discrimination in the housing market due to their cultural and/or physical characteristics, this is not the only explanation. There could be differences in home ownership relevant resources, such as INCOME, ACCESS TO CREDIT, and STABLE EMPLOYMENT.

Promote the financial independence and stability of Black households by providing programs and resources from trusted professionals within the Black Community.

Facilitate and promote financial literacy and home ownership to anyone who identifies as Afro Canadian via seminars or various media.

Remain accountable and responsive to our Community regardless of financial status. No one gets left behind. Our Organizational chart makes it very clear that the Committee (Community) is the priority, not the individual

Create opportunities by funding the ACRES Credit Union which will be used to support ACRES programs and services that benefit the Black Community including entrepreneurship, home ownership, downpayment assistance, investments, interprovincial and international trade, legal protection and advocacy for Black Canadians.

Filipinos and South Asians both have the highest home ownership rates

Filipinos, Koreans, South Asians, whites, and Other Visible Minorities are Canada’s housing ‘high achievers’, each with home ownership rates that approach or exceed 60% by wave 3

Arabs, Blacks, and West Asians have home ownership rates that are nearly half of their higher achieving counterparts. 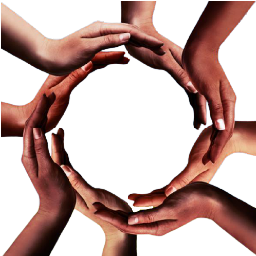 We promote economic and financial stability, generational wealth and the independence of black households by providing the tools and resources from trusted professionals within the Black community. At our core, we facilitate and promote a free education of financial literacy and home ownership to anyone who identifies as Afro Canadian via seminars or various media.

We have created divisions to cater to the needs of our community. This includes home ownership, real estate investment both short and long term, rent to own, cooperative, low income housing, savings, lending, community, and outreach programs.